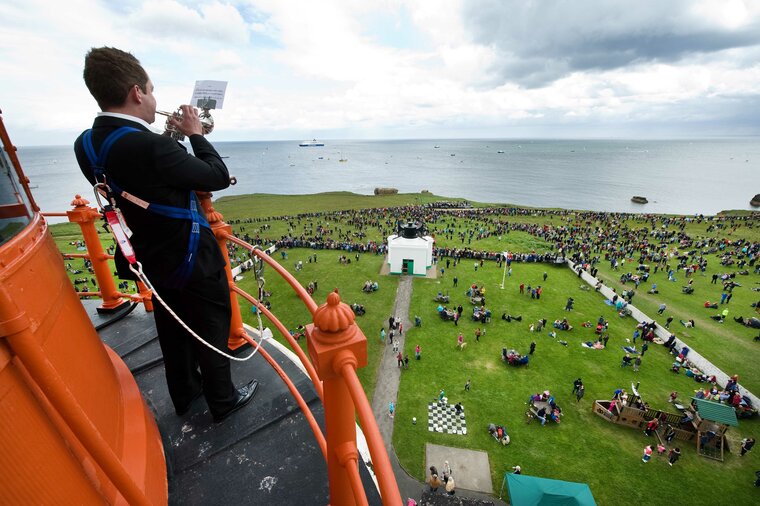 A requiem for the foghorn, performed by seventy five brass players, a foghorn and an armada of ships

A project by Danish artist, Lise Autogena, in collaboration with Joshua Portway and composer Orlando Gough. Ships horns from an armada of vessels off-shore, seventy five brass players on-shore and the Souter Lighthouse Foghorn performed a Foghorn Requiem, an ambitious musical performance to mark the disappearance of the sound of the foghorn from the UK’s coastal landscape.

Conducted and controlled from a distance, ships at sea sounded their horns to a musical score, that will took into account landscape and the physical distance of sound. The performance took place by Souter Light House by South Shields, UK with 8-10.000 spectators and more than 50 ships off-shore.

More photos and sounds from the event