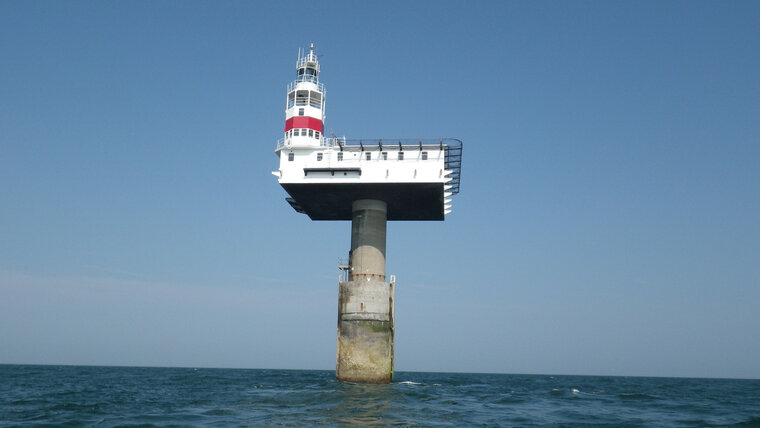 Fog Signal Character : 2 Blasts Every 30 Seconds, the fog signal gave uniform sound radiation and had a range of 5 miles.

Royal Sovereign lighthouse at Eastbourne is a lighthouse marking the Royal Sovereign shoal. Its distinctive shape is easily recognised as it comprises a large platform supported by a single pillar rising out of the water.

In 1971, the lighthouse replaced a light vessel which protected the Royal Sovereign Shoal since 1875. Originally, the platform was manned, accommodation being contained in the ’cabin section’, a practice which ceased in 1994 when the light was automated.

Automation is provided by Vodafone in the form of a 475MHz radio link to Trinity House.